Netflix has grown into a behemoth in the last 20 years. It’s a massive distribution and acquisition engine and has been developing it’s own original programming for a while now. The power of Netflix has always been the convenience and it’s cultural impact has been profound on how we consume entertainment.

There was a time that the Netflix model was the holy grail for independent filmmakers. You could get your production on their platform and open a whole new world to you in the terms of finance, distribution, and discovery. But that ship sailed a while ago.

Netflix Originals have taken over the majority of their focus and they have the potential to do amazing things with their platform. However, I’ve found that most of the Netflix Originals I’ve watched fall into two categories: Incomplete or Idiotic.

The platform has a tendency toward developing some half-baked but visually stunning programming, attaching writers who try to stay current on political hot-buttons and generally abandon the product after one or two seasons. The foundation of some of these series’ are just absurd and they’ve got no real staying power.

For every Stranger Things or Orange is the New Black, you’ll get some overtly politicized left-wing talking point wrapped in a pretty picture. Netflix is lacking any real creativity and it’s showing the same bloat and rinse repeat of Hollywood. Sequels, remakes, reboots plague Hollywood and it’s becoming more prevalent in the Netflix model as well.

Streaming services like Netflix have splintered the economic model that used to support the production of the show. Sharing advertising revenue on Prime Time funded production of some of the greatest shows out there. HBO proved that the subscription model could work and as these mega-giants proliferated and grew, talent and funding became spread thin and quality began to suffer.

We’re able to binge watch our favorite shows at our own leisure. I’m all for the idea of on-demand entertainment and I want to be able to watch something great at the click of a button. However, what I’m getting with the majority of Netflix is a few pearls in an ocean of garbage.

Wooden, politicized, pandering characters nobody really cares about plopped into a world without any originality or creativity, a lack of plot, and a similarity to all of the stories make this a failing model.

The Future of Netflix

I understand content is subjective. Since 2015 I’ve been watching, reviewing, promoting and enjoying so many amazing (and awful) independent films on Film Fervor and I’ve seen a lot. I’ve also spent a considerable amount of time watching the big box productions and I’ve enjoyed a lot of them. The problem I’m having with the Netflix model is that they seemingly use algorithms and social screening to develop their lineup because they’ll get some traction.

As we see more organizations going to the subscription model and as the cost to produce tent-pole programs goes sky high, I feel like we’re going to see a lot more genre pandering coming from these platforms. Netflix, to be fair, is one of my oldest subscriptions and something I still enjoy watching.

Loose standards, uninspired and derivative, and a lack of creative scrutiny will sink any entertainment ship and Netflix is no different. Coupled with the broad decline in cultural media, it’s not hard to see why there are libraries of garbage and a handful of greats.

However, I feel like there’s room to grow. I feel like the rose colored glasses I view the film industry through can really rub off on these platforms. Netflix just needs to be bold, to reach out and find some amazing talent that can push the rudder of the ship toward greatness.

Expanding their acquisitions to more unique storytellers, people with bold ideas that don’t pander to any particular political ideal but go to the roots of great storytelling is what will save Netflix and similar mega platforms. I hope to see more exciting and interesting things come to the streaming world but I’m seeing an awful lot of cancellations of shows that are just now getting their legs.

Netflix creative teams need to have patience. They need to foster story ideas and creative storytellers and they need to cast some vision that will last beyond the latest Tik-tok algorithm of consumption.

Justin is the host of Film Fervor and a passionate lover of independent entertainment. Indie films are where people can truly express themselves and Justin believes that there are too many limitations on "mainstream" movies to be able to tell good stories.
@Film_fervor
Previous Gatekeepers in the Self Publishing World 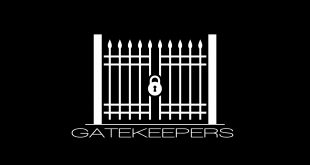 Gatekeepers in the Self Publishing World

Gatekeepers. Whenever I hear about people getting stuck on gatekeepers it just grinds my gears. …