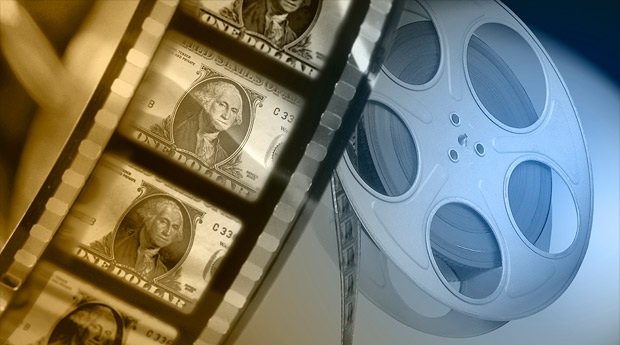 We live in a world where making films is almost on autopilot. Technology has given us the tools to make amazing, feature length movies with a few tools and a little elbow grease, but (to quote Spiderman’s Uncle Ben) with great power comes great responsibility. Just because you can make a film and put it out to the world on a shoestring budget doesn’t excuse you from coming to grips with the fact that as soon as you make a conscience decision to be a professional filmmaker, you’ve made a decision to go into a business.

And the business of film is a cutthroat business, indeed.

If you want to make a career out of film making, you better wrap your mind around the concept that you are in a business of supply and demand.

Your film, no matter how groundbreaking and amazing (supply) will never reach the target audience if they are not hungry for it (demand).

In order to gain that momentum and to build appropriate buzz around your production, you need to adopt a multi-tiered strategy of success.

You might think I have written the order wrong or that I’ve somehow lost my dang mind, but trust me, this is what order you need to succeed.

The old ways of pitching a script to a studio, waiting months (if not years) for some kind of response, only to be rejected time and time again before you finally work your way through the system long enough for someone to take notice, is long since dead.

Today, we have crowdfunding sites like Indiegogo and Kickstarter and Seed and Spark that can help you raise the money you need for any level of production you can dream of. With enough effort, planning, and a proper release strategy, you can build a multi-million dollar crowdfunding campaign without investing millions of dollars.

It’s not easy. But it is simple.

Adjust your mind to be a business leader first and a storyteller second.

The rule of Supply and Demand is somewhat paradoxical in this industry, because there is FAR too much supply (indie films) for the demand (potential fans) as the barriers of entry are all but gone. This leave us with a deluge of under exposed films that are fluttering on the cusp of success but just don’t have the needed oomph to push it over the edge.

Now, I’m not the kind of person who advocates spending mountains of money on advertisements and promotions. I think that we as filmmakers have the tools in our disposal to make amazing video campaigns that have the opportunity and probability of virality without having to shell out millions.

I think the best course of action, once you have put together an amazing trailer and an awesome pitch-deck, is to spend a little on Facebook and Twitter ads but to build your audience up, one at a time, by interacting with people and sharing your vision with them.

The likelihood that they will “steal your idea” is preposterous in this day and age because, quite frankly, if you have an idea that is 100% original to begin with, you’ll be well and truly beyond the normal range of filmmakers that you’re almost guaranteed a success. We live in a digital age, an age of information and sharing, of feedback and discussion, so get your work out there to the people who will become your fans.

Give them an unprecedented amount of access to you and your company. Give them total transparency and honesty, wrapped with an absolute commitment to bring them the very best film that you possibly can, and you will find your customers.

Film making is a business. Indie filmmakers are entrepreneurs. Viewers are customers.

The key to finding success in business is to:

The reason why some films that we cringe about have a dozen sequels and spin-offs is because there is a well defined market for that film. The people who made those films have found their niche, they have find their “one thing” that defines them as a business and as a filmmaker.

Your job is to find out what your audience wants and to provide it for them.

Don’t try to reinvent the wheel every time.

Yes, unique and groundbreaking films are what we all aspire to make but think about the most successful film franchises in history and realize that they have a formula for success.

Film making is a business.

QUESTION: Do you agree that film making is a business? – Comment Below

Justin is the host of Film Fervor and a passionate lover of independent entertainment. Indie films are where people can truly express themselves and Justin believes that there are too many limitations on "mainstream" movies to be able to tell good stories.
@Film_fervor
Previous Film Fervor: Episode 90 – Oliver Park
Next Film Fervor: Episode 91 – The Burbs