The FirstGlance Film Festival is a unique festival that offers filmmakers a wonderful resource for getting their films seen by both audiences and critics alike. Because FirstGlance has two calls to entry every year, one in Los Angeles and the other in Philadelphia, it is my top pick for Film Festivals for the indie crowd.

On their website (http://firstglancefilms.com) film makers and fans can join a vibrant community and participate in events that have been organized by their staff. Online viewings, contributions and prizes are just some of the incentives of this awesome website, but the real heart of the matter is the film festival itself.

Available to almost everyone, ticket costs are only $9.00 (at the time of this review) and the fee’s for filmmakers are the lowest I’ve ever seen, which given the amount of screen time and publicity you get, I’d argue with anyone that this is the best.

In addition to the screening, First Glance also offers its official selections to become part of a massive trailer network that they run, which has had over 4,000,000 (4 million) views since it started in 2007.

Without a doubt, FirstGlance Film Festival is my first choice for indie film makers who want to get their production seen, shared among a massive community and in front of people who may just become investors or, at the very least, supporters of their work in the future.

Justin is the host of Film Fervor and a passionate lover of independent entertainment. Indie films are where people can truly express themselves and Justin believes that there are too many limitations on "mainstream" movies to be able to tell good stories.
@Film_fervor
Previous Film Fervor: Episode 72 – Tanjareen Thomas
Next Kessler Crane 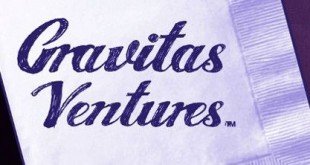 Today, I’m joined by Dan Fisher, the Senior Director of Acquisitions at Gravitas Ventures, and …