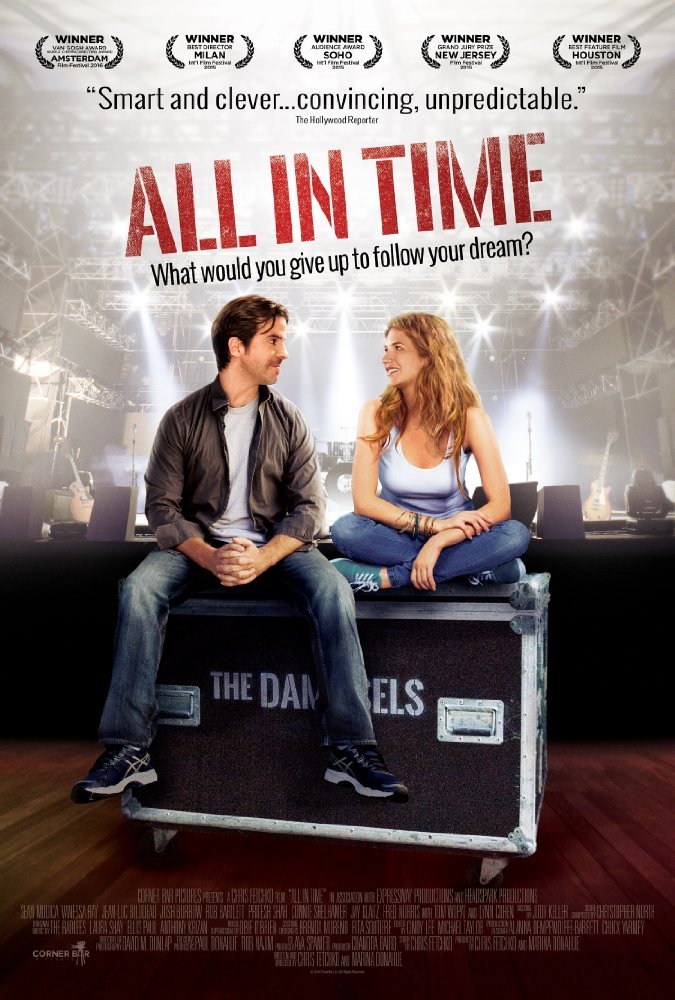 Today I’m joined by Marina Donahue to talk about her film All In Time, a dramedy (Drama + Comedy) that follows Charlie who quits his job to move home to manage his hometown rock band. His supportive girlfriend shares his love for the band, until struggles within the band force them to make choices that will impact their lives forever.  In addition to the incredible story, the music in All In Time is absolutely amazing. You should really check out the band that performs all of the music, they’re the real deal and definitely kick some serious ass.

My conversation with Marina was a long one and we covered so much about the film, the true story that inspired it and the difficulties that went into making it, but the thing that sticks out the most to me about this interview is the sheer passion Marina has for the business. We spoke about her working as a director for her own daughter and how well that experience went. As someone who has been an self-employed entrepreneur for most of my life, I have to say that working with family is the single hardest thing I’ve ever had to do.

Perhaps it’s my own family, perhaps its the relationship I have with them, but I’ve never been able to work harmoniously with my family or in reality get anything done with them because we’re always butting heads on so many subjects. It’s nice for me to hear about someone out there that is professional enough to not see the family member as “mom” but see her as the director and leader of the film. I don’t know, it gives me hope.

Marina is an incredible person with an awesome story to tell and if we’re lucky we’ll all be able to see many more films from her in the future and see where her creativity and imagination can bring us. All In Time is an absolute joy of a film with a wonderful cast and crew that make it into something really special.

Justin is the host of Film Fervor and a passionate lover of independent entertainment. Indie films are where people can truly express themselves and Justin believes that there are too many limitations on "mainstream" movies to be able to tell good stories.
@Film_fervor
Previous Film Fervor: Episode 121 – Safe Place
Next Film Fervor: Episode 123 – Tony Ware