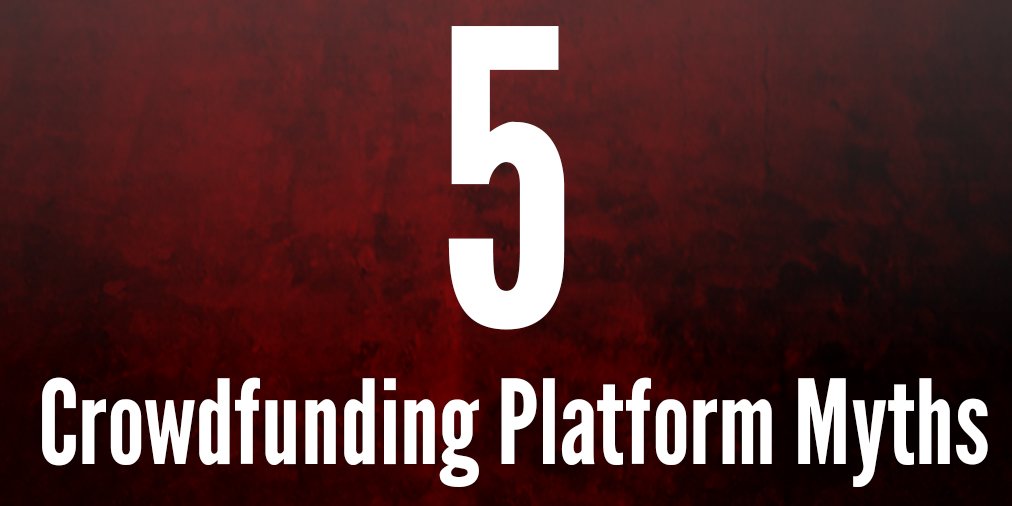 Crowdfunding has become the go-to option for low budget indie film funding. It’s a great resource for filmmakers to not only raise capital but to also grow, develop, and foster a community around their projects. However, there are a lot of myths and misunderstandings in filmmakers who are new (and veteran!) to crowdfunding.

Crowdfunding isn’t for the feint of heart. It takes determination, hard work, sacrifice, and a thick skin to make it in the crowdfunding world. You’ll need to know your project inside and out, grow your audience and communicate with the frequently, and settle in for a fast paced and stressful month of work. And, after all that, then you have to make your film and ensure you guarantee delivery of both the perks you’ve offered and the finished product.

We’ve launched our own crowdfunding platform at Film Fervor. It’s a place where we can help grow and nurture independent films from concept to reality. Our goal isn’t to make as much money as possible on the campaigns, our goal is to help the filmmakers get the resources they need to not only make their film but also find an audience in festivals and distribution. We’re growing a database of film supporters, festivals, bloggers, social media champions, and film makers who want to see the independent film industry thrive.

One of the major aspects of what we’re offering, aside from the lowest platform fee’s in the business, is that we will actively help you promote your campaign and find you a larger audience. This doesn’t mean that we do all of the work for you, you still have to put the leg work in and do the promotion, crowd building, and heavy lifting, what it does mean is that you’ll have a partner in your campaign that’s going to help you get noticed and when you finish your film, we’ll help you get into the right festivals for your genre.

Head on over to https://funding.filmfervor.com/faq/ to check out our FAQ section.

Justin is the host of Film Fervor and a passionate lover of independent entertainment. Indie films are where people can truly express themselves and Justin believes that there are too many limitations on "mainstream" movies to be able to tell good stories.
@Film_fervor
Previous Film Fervor: Episode 165 – When Kids Grow Up
Next FFW 001: Further Education, Staying Positive, & Indie Film Hustle