Today’s episode of Film Fervor is with Arlene Bogna and she was on the show to talk about The Ballad of Snake Oil Sam. A desert traveler driven by desire and ambition embarks on a mystical journey in pursuit of redemption. There are not enough times when a short film really pulls me into the world its trying to tell within the first ten seconds, this is one of those films that just gets it.

This show is like Mad Max meets Breaking Bad with some steampunk thrown into the mix. When I spoke to Arlene, the director/creator, I was completely taken back by her passion and her inner nerd-dom (in a very good way). She’s the type of director that will blow the roof off the industry and completely reshape the way independent filmmakers see the craft. Arlene tells the story like she wants to see it and, by God, that’s the Indie Spirit.

Justin is the host of Film Fervor and a passionate lover of independent entertainment. Indie films are where people can truly express themselves and Justin believes that there are too many limitations on "mainstream" movies to be able to tell good stories.
@Film_fervor
Previous Film Fervor: Episode 50 – Butterflies of Bill Baker
Next Film Fervor: Episode 52 – Uwe Boll 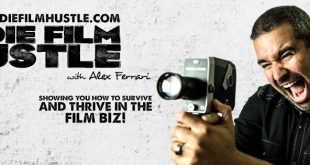 Film Fervor: Episode 137 – Alex Ferrari So, today I have a real treat for …